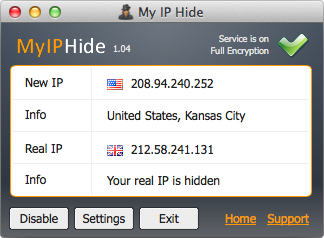 Especially because the so-called self-configuration is introduced with IPv6, the user saves a lot of work when he connects other devices with the router. This means that each device automatically receives an address valid only in the local (WLAN) network, the so-called link-local address. With this address, all users in the home network, for example, access the connected network hard drive with the music collection. With my ip you will know it all.

On the other hand, public IPv6 addresses have their pitfalls. Under IPv4, a network hard drive was hidden from eavesdroppers from the Internet sufficiently behind the router (NAT protocol). However, under IPv6, the user must deny unauthorized access with the correct security settings.

No. Price increases are not expected despite the necessary investments. Converting to IPv6 could even add cost benefits to access providers. Market researchers from the Company ICD recently calculated that Internet providers could save up to 69 per cent of their costs if their new customers would go online via IPv6.

Do I have to buy new hardware?

Most likely, the answer is no. Only very old routers you may need to swap a new IPv6-compatible device is usually available directly from your Internet provider.

All current operating systems for computers and smartphones are already IPv6-ready by default. Only Windows XP (Service Pack 2) requires manual activation of IPv6 support. Open the start bar and click on Run . Enter the command cmd in it and confirm with the Enter key. In the prompt that opens, type in the command NetshInt ipv6 install and confirm with the Enter key.

How are IPv6 addresses structured?

The first four blocks of an IPv6 address contain the 16-character so-called network ID, which the Internet provider automatically assigns to the user. An additional 16 characters are the second four blocks, which are automatically read from the existing hardware ID of the connected device. IPv6 uses the string of the so-called MAC address; MAC stands for Media Access Control. The manufacturers have always equipped any Internet-enabled device with such a MAC address under Windows also physical address.

IPv6 addresses with up to 32 characters are significantly longer than the maximum of 12-digit IPv4 addresses used so far. IPv6 addresses usually consist of a total of eight blocks of four characters each and look like this: 2001: 0db8: 85a3: 08d3: 1319: 8a2e: 0370: 7344. Luckily, you almost never have to type in such a numbers monster yourself. The catchy domain addresses like www.wieistmeineip.de are also available under IPv6.

How many IP addresses does IPv6 provide?

It is insanely more than the four billion IPv4 addresses available to date and namely 340 sextillion. That’s an incredible number with 39 digits. A small calculation example: If one billion IP addresses had been allocated every second since the formation of our planet, i.e. 4.5 billion years ago, there would still be a few sextillions IPv6 addresses left today. In short, this huge amount of possible Internet addresses should be enough for every user and for all devices to be connected to the Internet in the very, very long term.